Architecture for Humanity has been working in post disaster reconstruction since 1999 and has designed and built schools, clinics and community facilities where they are most critically needed. Tapping into a network of more than 40,000 professionals willing to lend time and expertise, they help to rehabilitate communities after the trauma of disaster with professional design and project managed construction. To find out more about their response and action plan in the aftermath of the Japanese quake and Tsunami, visit: www.architectureforhumanity.org

Email ThisBlogThis!Share to TwitterShare to FacebookShare to Pinterest
Labels: Architecture for Humanity

An Ocean of Plastic...In Birds' Guts 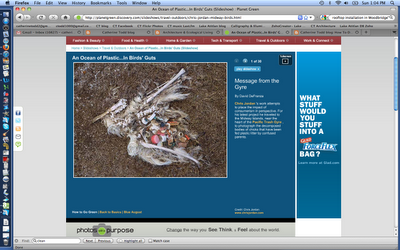 An Ocean of Plastic...In Birds' Guts

Chris Jordan 's work attempts to place the impact of consumerism in perspective. For his latest project he traveled to the Midway Islands, near the heart of the Pacific Trash Gyre , to photograph the decomposed bodies of chicks that have been fed plastic litter by confused parents.

http://planetgreen.discovery.com/slideshows/travel-outdoors/chris-jordan-midway-birds.html
Posted by Catherine Todd at 3/06/2011 12:04:00 PM No comments:

The Economics of Happiness

Current consumer lifestyle is not there to give us happiness, but to keep it just out of reach, so we're always spending and consuming in a futile effort to reach that little bit further - always being allowed to edge that little﻿ bit closer, but never actually being allowed to get there.
ChuffChuffWoo 3 months ago

Comment to me: @CommentsSurvey Have done so - google 'energy4all.coop' and build your own community funded wind farm - like we did at Westmill near Swindon (google Westmill Wind Farm)﻿ :-))


Welcome to Express Voice.
Don-Bur is now testing the Teardrop MK2 which has several radically altered ...... Between Cologne, the largest US solar rooftop installation in Woodbridge, ...
www.expressvoice.co.uk/news.htm


FedEx Receives Committed to the Environment Award | 3PL
Oct 12, 2010 ... Between Cologne, the largest US solar rooftop installation in Woodbridge, NJ, and a number of solar-powered facilities in California, ...
http://www.3plnews.com/3pl/fedex-receives-committed-to-the-environment-award.html
Posted by Catherine Todd at 3/03/2011 12:34:00 PM No comments: 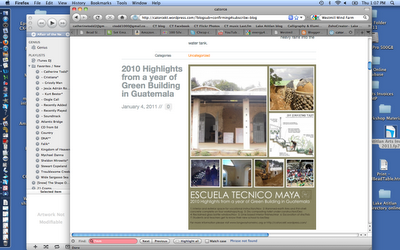 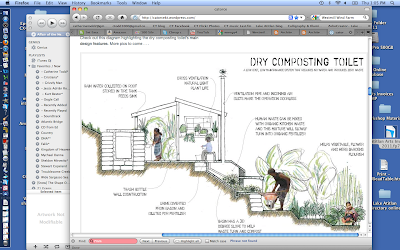 base - where the waste will go

The dry composting toilet is under construction! This toilet will be used during construction and then by the vocational section of the school. The solid and liquid waste are separated, both being used to nourish the adjacent gardens. The latrine will be odorless and non-polluting, while producing free organic fertilizer. Low-cost, and low-maintanance we are excited to put our new toilet to use soon!

how our latrine will work
more: http://catorcekt.wordpress.com/ 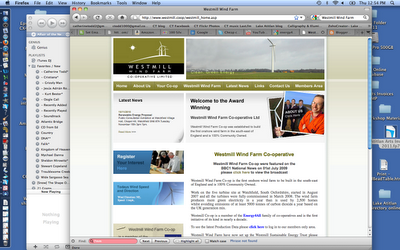 Let's see about a wind farm and solar hot water for baths. LongWayHomeInc.org is doing the solar hot water with black tubes on top of the houses; I'm sure we can do the same in Pana. Even if it's not hot all the time, it's better than cold all the time! Plus someone wrote me about the wind farms (see below). CT

The Economics of Happiness

Going local is a powerful strategy to repair our fractured world—our ecosystems, our societies and our selves

Economic globalization has led to a massive expansion in the scale and power of big business and banking. It has also worsened nearly every problem we face: fundamentalism and ethnic conflict; climate chaos and species extinction; financial instability and unemployment. There are personal costs too. For the majority of people on the planet life is becoming increasingly stressful. We have less time for friends and family and we face mounting pressures at work.

The Economics of Happiness describes a world moving simultaneously in two opposing directions. On the one hand, government and big business continue to promote globalization and the consolidation of corporate power. At the same time, all around the world people are resisting those policies, demanding a re-regulation of trade and finance—and, far from the old institutions of power, they're starting to forge a very different future. Communities are coming together to re-build more human scale, ecological economies based on a new paradigm -- an economics of localization.

We hear from a chorus of voices from six continents including Vandana Shiva, Bill McKibben, David Korten, Michael Shuman, Juliet Schor, Zac Goldsmith and Samdhong Rinpoche - the Prime Minister of Tibet's government in exile. They tell us that climate change and peak oil give us little choice: we need to localize, to bring the economy home. The good news is that as we move in this direction we will begin not only to heal the earth but also to restore our own sense of well-being. The Economics of Happiness restores our faith in humanity and challenges us to believe that it is possible to build a better world.

Become a facebook fan of The Economics of Happiness: http://www.facebook.com/?ref=logo#!/p...

"Helena Norberg-Hodge delivers a powerful message about globalization: It is the small, local economies around the world that are preserving traditions, cultures, and communities, and ultimately safeguarding our happiness." (Alice Waters, chef, author, and the proprietor of Chez Panisse)

"It is good news indeed to find so persuasive an explanation of our ailing world as 'The Economics of Happiness.' This film connects the dots between climate chaos, economic meltdown, and our own personal suffering--stress, loneliness, and depression. It presents the localization movement as a systemic alternative to corporate globalization, as well as a strategy that brings community and meaning to our lives." (Joanna Macy, author World as Lover, World as Self)

"'The Economics of Happiness' offers a unique global perspective on a movement that is often reduced as being too small. Not so. The film tells the story of a grassroots movement for localization that is bubbling up from the cracks of a faltering global economy, in every corner of the world. These are the real 'green shoots' to be hopeful about." (Anuradha Mittal, Executive Director, The Oakland Institute)

"I think this is the best, most holistic film I have seen on the subject." (Jacob Bomann-Larsen, Coordinator of Nordic New Economy Network)

"...it is a great honor for me to endorse such an historic work." (Samdhong Rinpoche, Prime Minister of Tibet's government in exile)

"A must-see film for the future of the planet." (Zac Goldsmith, Member of UK Parliament)
Category: