NOTE: The more I look at this design and the cost, and see that it's really nothing more than a cheap "tent" on a cheap metal pole frame, the more disgusted I am. $1,000.00 and call it "refugee shelter?" You can buy a better tent from any camping outfit and get a better deal and something that actually might make people feel at home instead of in a prison or living in a storage shed. Would I live in this? No, and I wouldn't expect anyone else to either.

And they have the nerve to call it a "solar powered house" when it actually lights one small light bulb. Talk about false advertising! Look at that one tiny window... the whole thing makes me sick. I wouldn't want to live there... why should we subject "poor people" to such indignity? And then act like you are helping to "shelter" human beings who have lost everything? IKEA should be ashamed of itself.

I'm not taking this down because I'm sure people are initially interested in the design as I was, and I will be posting other comments I have received from real architects who care about real disaster housing. In the meantime, please send me anything you find out about this IKEA style design.  I think it stinks.

Everyone is getting into the act now that we have so many "natural" (man-made) disasters.
Greed has once again entered the ring.

IS THIS FALSE ADVERTISING? This is not a real "solar powered house" outside of running one small light bulb, nor is it anything more than a folding metal chicken shed. See my notes above.

IKEA has teamed up with UNHCR* to create and provide a solution for refugee housing. A $1000 fold-out house. 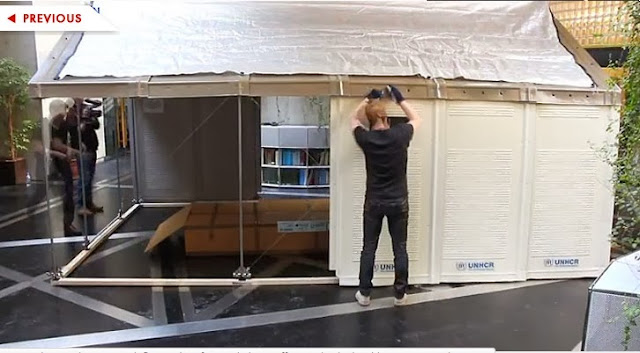 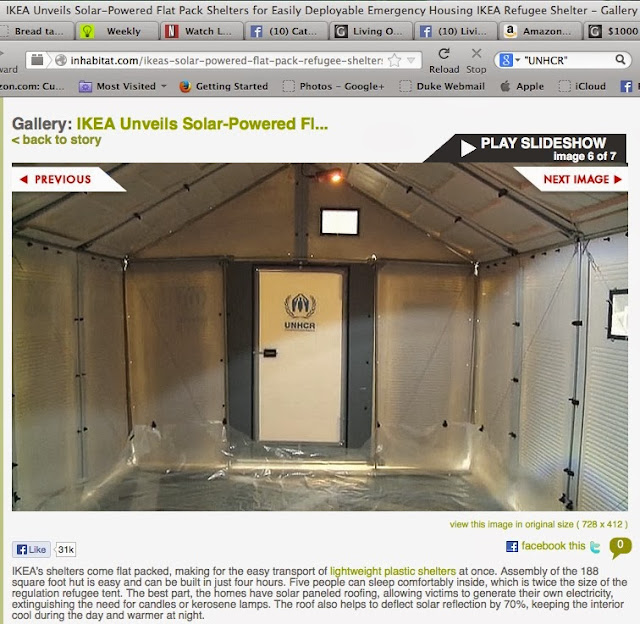 The new IKEA/UNHCR shelters will make their first appearance in Ethiopia next month, where locals will give the solar powered huts a test drive.

More photos and slideshow on their site: http://inhabitat.com/ikeas-solar-powered-flat-pack-refugee-shelters-offer-easily-deployable-emergency-housing/ikea-refugee-shelter1/?extend=1

Now, with IKEA’s help, these displaced citizens will not only have privacy and comfort, but the dignity of having their own place- that can last for three years. The makers of the furnishings in your first “grown up” apartment, IKEA, have turned their easy assembling sensibilities out of the urban apartment and onto the global village.